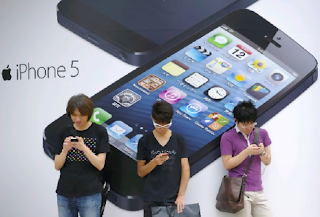 Although the success story of apple is sung by many the firm still couldn’t understand the Asian market and its customers. If rumors are to be believed the latest apple product, the iPhone 5 did poor business in major Asian markets of China, India, and Korea. While there are many speculations about the exact reason behind this conundrum, we bring to you some simple facts that will justify the situation better. First and foremost price plays an important role in Asian markets. It’s practically impossible for a majority of Asian population to spend a whopping sums of money on phones and gadgets where much cheaper versions are available. Secondly availability of substitutes also plays a big game in determining the market position of apple in Asia. Many Asian mobile phone manufactures designs and develops phones that are similar in comparison to that of apple in every aspect but are much lower in price. Asia is also the home land for one of the biggest contenders of apple in terms of market share which is none other than the mighty Samsung which is a major hit among Asian customers for its quality and competitive pricing