Skip to content
Is your laptop secure? In the age of widespread snooping from the NSA and so many others, do you really know that your machine is safe? Is every part of it steeled against attack from miscreants across the web? Those may seem like questions born from paranoia. But recent revelations from former NSA contractor Edward Snowden have shown us that, in many ways, we’re right to be paranoid. 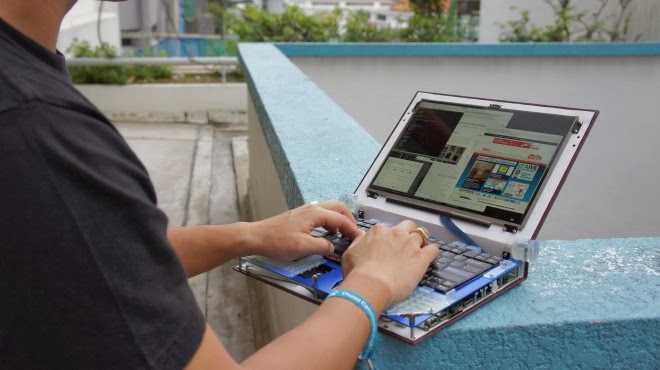 Many are working to ensure that the software on your laptop is secure. Just this week, Mozilla called for engineers across the globe to audit its open source Firefox web browser, hoping to prove that it hasn’t been compromised by the NSA or anyone else. And you can easily put your faith in an operating system like Linux. It too is open source, with countless eyes constantly looking over its code.

But what about the hardware inside your laptop? What’s going with all those tiny circuits on the motherboard? Or in the firmware that controls the motherboard and other low-level parts? All that is closed source. The rest of the world can’t help you there.

That’s why Sean “xobs” Cross and Bunnie Huang embarked on what they call Project Novena, building a homemade laptop with open source hardware — hardware whose specs are freely available to everyone. Or at least, that’s partly why they built it. They also wanted to have some fun. As Huang puts it, they wanted to “learn new things while making something we would actually use on a daily basis.” Read More>>