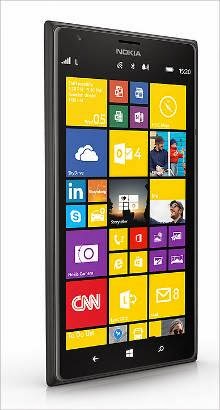 Nokia has been gunning the mobile imaging segment by introducing two powerful devices in last two years. Mobile enthusiasts were astonished with the Nokia 808 PureView launched in June 2012. Last year, Nokia introduce its flagship mobile imaging smartphone – Lumia 1020. We reviewed the Lumia 1020 and totally enjoyed clicking images using the 41 Megapixel camera with PureView. Keeping the promise, Nokia has implemented the PureView imaging technology to other devices as well.

Meanwhile, Samsung’s large screen smartphone (phablet) Galaxy Note series was getting rave of accolades and appreciation from the consumers. Even the Galaxy Note II was heavily embraced and poked the handset makers to come up with a challenger. Soon the Sony Xperia Z Ultra, HTC One Max and Huawei Ascend Mate are the most powerfully popular ones around. Needless to say that the 5-inch display has become the norm for the flagship handsets and the 6-inch or higher is the standard for smartphone-tablet hybrid devices. Noting that, Microsoft and Nokia also thought about introducing a large screen display trotting smartphone with powerful hardware inside.

Nokia had showed off the Lumia 1520, large screen smartphone, at the Nokia World 2013 in Abu Dhabi back in October 2013. With that, Nokia stepped in the 6-inch display bearing smartphone game with Lumia 1520 and also introduced its first smartphone with the powerful Qualcomm Snapdragon 800 mobile processor inside. Read More Article