If rumors are to be believed, April 2013 will mark the launch of an important event in the smartphone world and Samsung will supposedly add another star in its Galaxy range of smartphones. Samsung Galaxy S4 has already created much buzz in the internet and Samsung is expecting ground breaking sales records with an average monthly orders as high as 10 million. Samsung already took the smartphone world by storm with its Galaxy S3 and Galaxy Note 2 that were both released in May and September 2012 respectively. 2012 also experienced the launch of the behemoth Nokia Lumia 920, the sleek iPhone 5, the mighty Nexus 4, and the HTC 8X. With so many options presently available in the market, the big question that you might be asking to yourself now is whether Samsung Galaxy S4 worth waiting for. We are here to help you overcome this dilemma and why you should rather wait for the Next Big Thing.

First things first, Samsung Galaxy S4 will come with major upgrades in terms of appearance and will possess a pixel rich screen that will be high on touch sensitivity. Recent sales records prove that customers enjoy phones with bigger and brighter screens and therefore Samsung has decided to launch S4 with a 4.99 inch Super AMOLED display with a ground breaking full HD resolution of 1920 x 1080 pixels. With such screen dynamics you will experience a screen that is so detailed that your eye won’t be able to trace individual pixels. Samsung Galaxy S4 camera will face major upgrades as well and it is rumored to have a 13 megapixel rear and 2 megapixel front facing camera. It will also come with NFC and wireless charging abilities and have the latest Aneroid OS. Although its storage will be similar to that of S3 with 2 GB of RAM. With such upgrades the Samsung Galaxy S4 will undoubtedly become the best smartphone of its time and is therefore worth waiting for. 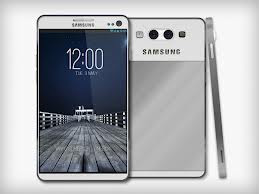