Skip to content
The Microsoft founder and philanthropist, who is worth $78.5 billion dollars, also beat Pope Francis and Stephen Hawking to gain the top position

Microsoft founder and philanthropist Bill Gates is the most admired person in the world, according to a survey published today. 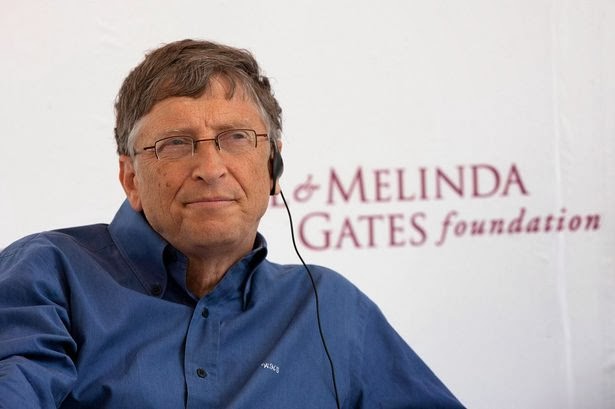 He narrowly edged out US President Barack Obama for the top spot and stormed ahead of fellow billionaire and friend Warren Buffett and physicist Stephen Hawking in the YouGov poll for The Times.

Mr Gates, well known for donating large sums of money to charitable organisations and scientific research, is highly regarded everywhere, judging by the responses of the 14,000 people who were questioned.

Residents of Great Britain, China, Pakistan and the USA were amongst those who took part in the survey.

Mr Gates co-launched The Giving Pledge with Buffett in 2010, with an intention to give the majority of their wealth to charity .