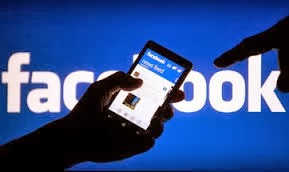 Ten years after its founding as a simple website for a few thousand Harvard undergraduates to manage their social lives, Facebook is a far different company.

About 757 million people around the world used the social network on an average day last month, and three-quarters of them logged on using mobile devices.

Facebook’s business has also been transformed. In 2012, most of its money came from generic banner ads delivered to users visiting its site by desktop computer. In the fourth quarter of 2013, 53 percent of the company’s advertising revenue came from pitches delivered to iPads, smartphones and other mobile devices, with many of those ads highly targeted by gender, age and other demographics.

“I think it’s inarguable that Facebook is a mobile-first company,” Facebook’s chief financial officer, David Ebersman, said in an interview.

The ascendance of mobile, both in use of the site and advertising, was apparent in Facebook’s strong fourth-quarter financial results, which the company reported on Wednesday.

Facebook had total revenue of $2.59 billion in the quarter that ended Dec. 31, up from $1.59 billion in the same quarter a year ago. Revenue from advertising was $2.34 billion, up 76 percent from the previous year. Read More News>>