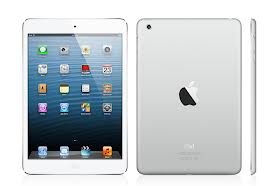 EXPECTED MODELS AND PRICING FOR Wi-Fi Only:-

Unlike last year, when the launch of iPad 4 followed just 6 months after the launch of iPad 3, Apple has taken considerable time to redesign and ‘re-innovate’ some considerable aspects of its 5th-Generation form factor of the iPad series – The Apple iPad 5. Apple has invested a lot of time in rescaling the size and fitting the chips-in proportionately. Apple iPad 5 has a 9.7-inch IGZO (Indium Gallium Zinc Oxide) screen that uses up to 90 percent less power and greater electron mobility when displaying non-animated images, and has an aspect ratio of 4:3 with a maximum resolution of 2048 x 1536 pixels with a pixel density of 264 pixels per inch (PPI). Moreover, Apple iPad 5 is very sleek and thin at just 7.2mm of thickness. The IGZO technology helps to improve the battery life considerably when iPad is at standby or is being used to watch non-animated or still images. Apple iPad 5 has a slimmer build-up and much thinner bezel than its predecessor. It has rounded corners, in consonance with iPad Mini and not only that, with improved screen and thinner build-up, the iPad 5 weighs much lighter than the iPad 4. The LED backlit IPS display is faultless.

Apple has continued with its A6X quad-core system-on-chip processor technology that can support New Retina display, without any greater heat-up or battery drainage. There are no hiccups in accessibility and navigation. The New Retina display is a bit tweaked, carrying on legacy of all the beautiful features with it. Among the other new features, include the new feature of wireless charging. Wireless charging being in vogue, every vendor seems to be investing in it to create their own niche in this segment and Apple has patented a new ‘innovative’ way under which a ‘Smart Cover’ has in it, an inductive charging transmitter for functional wireless charging. This feature, is obviously optional. In terms of opticos, Apple iPad 5 includes an 8MP rear camera to give a dazzling maximum resolution of 3264 x 2448pixels. In its segment, Apple iPad 5 is all set to compete with Google’s Nexus 10. In terms of storage, Apple iPad 5 is available in variants of storage capacities, which includes 16GB, 32GB, 64GB, and 128GB. Apple iPad 5 is enabled for 4G mobile broadband connectivity over major UK and US telecom service providers. The upgraded Wi-Fi from iPad 4 is carried on with the usual Bluetooth connectivity option. The battery life is touted to last 10hours in a single charging which is further supported by the fact that iPad 5 now features IGZO screen and redesigned light machinery inside.