The keynote speaker on the opening day of the February 24-27 Mobile World Congress in Barcelona, Spain, Zuckerberg has come a long way in the mobile world in a short time.

When Facebook sold its shares to the public in an initial public offering in May 2012, “it literally had no mobile advertising revenues,” said Eden Zoller, analyst at the research house Ovum. Read More News>>

Google has rolled out the latest version of Maps for all users worldwide after working in pre-view mode for nearly a year. The new interface is more streamlined and offers smart route navigation, better integration of search results as well as easier access to picture galleries. The search giant has included several new features including search results embedded right into the maps. The results will include the business name, along with its rating, reviews, price guide and much more.

The navigation system will now include real-time traffic reports and previews of the destination using Street View graphics. Different routes for car, bike, public transportation, or pedestrians are all shown, with complete time estimates, on the same screen.

Street View has also been expanded to include more user-submitted photos, giving you access to places where Street View cameras have not reached yet. In the Street View mode, a user willl now see a “carousel” of images at the bottom of the screen that can be searched through. The new Google Maps interface will be rolled out for everyone over the next few weeks. Read More News>>

Facebook is betting huge on mobile with an eye-popping cash-and-stock deal worth up to $19 billion for Internet Age smartphone messaging service WhatsApp.
The surprise, mega-deal announced on Wednesday bolsters the world’s biggest social network — which has more than 1.2 billion members — with the 450-million-strong WhatsApp, which will be operated independently with its own board.
It fits with Facebook founder Mark Zuckerberg’s focus on being at the center of lifestyles in which billions of people around the world share whatever they wish over the internet using smartphones or tablets.
It is Facebook’s biggest acquisition and comes less than two years after the California-based internet star raised $16 billion in the richest tech sector public stock offering. Read More News>>

Facebook is betting huge on mobile with an eye-popping cash-and-stock deal worth up to $19 billionfor Internet Age smartphone messaging service WhatsApp.
The surprise, mega-deal announced on Wednesday bolsters the world’s biggest social network – which has more than 1.2 billion members – with the 450-million-strong WhatsApp, which will be operated independently with its own board. NEW YORK: Facebook Inc will buy fast-growing mobile-messaging startup WhatsApp for $19 billion in cash and stock, as the world’s largest social network looks for ways to boost its popularity, especially among a younger crowd. 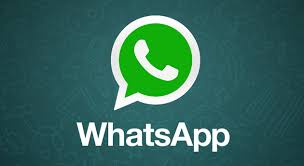 The acquisition of the hot messaging service with more than 450 million users around the world stunned many Silicon Valley observers with its lofty price tag.

But it underscores Facebook’s determination to win the market for messaging, an indispensable utility in a mobile era.

And it helps Facebook tap teens who will eschew the mainstream social networks and prefer WhatsApp and rivals such as Line and WeChat, which have exploded in size as mobile messaging takes off.

“People are calling them ‘Facebook Nevers,'” said Jeremy Liew, a partner at Lightspeed and an early investor in Snapchat      .

WhatsApp is adding about a million users per day, Facebook co-founder and Chief Executive Officer Mark Zuckerberg said on his page on Wednesday.

“WhatsApp will complement our existing chat and messaging services to provide new tools for our community,” he wrote on his Facebook page. “Since WhatsApp and (Facebook) Messenger serve such different and important users, we will continue investing in both.”

“Communication is the one thing that you have to use daily, and it has a strong network effect,” said Jonathan Teo, an early investor in Snapchat, another red-hot messaging company that flirted year ago with a multibillion dollar acquisition offer from Facebook.

Even so, he balked at the price tag.

As part of the deal, WhatsApp co-founder and Chief Executive Officer Jan Koum will join Facebook’s board, and the social network will grant an additional $3 billion worth of restricted stock units to WhatsApp’s founders, including Koum.

That is on top of the $16 billion in cash and stock that Facebook will pay.

While it might seem obvious that an Android phone is cheaper than Apple’s iPhone range, the average price of a phone running Google’s OS is now half the price of that from the Cupertino brand.

In truth, the numbers are more indicative of a worldwide trend rather than that of the western world. While Android flagships like the HTC One or Galaxy S4 do generally come in cheaper than their Apple counterparts, the price issue is much wider.

Android handsets have dominated the budget market for quite some time thanks in no small part to the open source nature of Android. No cost to license the OS has led to a proliferation of super-cheap device, and even using the ‘full fat’ Android OS means lower-cost handsets like the Huawei Ascend G510 or the Samsung Galaxy Fame still bringing a relatively premium experience. Read More>>

Bored of S5 rumours? Well, here’s another: Samsung could be struggling to make enough high-res screens

Last week we’d have bet heavily on a few inalienable truths about Samsung’s next flagship phone: the Galaxy S5 will have a larger screen, it’ll come in two flavours, and the headline model will have a QHD display.

Separate sources have also confirmed this to TechRadar as well, which means we’re inclined to believe the veracity.

The question is whether it’s the display itself that’s tough to make, or Samsung being able to increase the graphical processing power to a sufficient level to run the pixels – either way, the QHD panels have not even begun production, according to the report, while Full HD versions (which use a new type of pixel arrangement to improve the screen over the Galaxy S4) are already rolling out.

There’s also a question over the frame to be used with the S5 – will the QHD model come with a metal frame, or will that be used to give the Full HD flagship some lustre?

Rumours suggest that it might be tricky for Samsung to produce metal bodies to the level required for a widespread handset like the S5, which would explain the need to have two options on sale.

Either way it’s less than a week until we see one of the (likely) big-hitting phones of 2014 – we just can’t wait until the speculation stops.

Many people didn’t understand how Apple could take so long with iOS 7.1, though we have been able to detail the company’s progress every step of the way. We have learned that Apple will most likely not release another iOS 7.1 beta for download, meaning that the public release of the software should be available sometime in the coming weeks. One of our sources pegs the release happening in early March, though that does seem far away for us. We expect a gold master build to be available before iOS 7.1 makes it way into general customers’ hands, though there is currently no hard date for that.

Our sources have also started to talk about iOS 8 and what the software will bring to the Apple ecosystem, though that will have to wait for next time.

Facebook expects a decline in number of users logging on the social networking website through PCs globally, especially from the US and other developed markets of Europe and Asia. MUMBAI: Bharti Airtel is set to acquire Loop Mobile in a Rs 700-crore deal that may be announced as early as this week in what will be the first consolidation move in the country’s telecom industry since 2008, taking India’s biggest operator to the top spot in Mumbai, three people involved in the deal told ET. Kotak Mahindra Investment Bank is the sole advisor for the transaction, running the sale process, they said.  Read More News>>